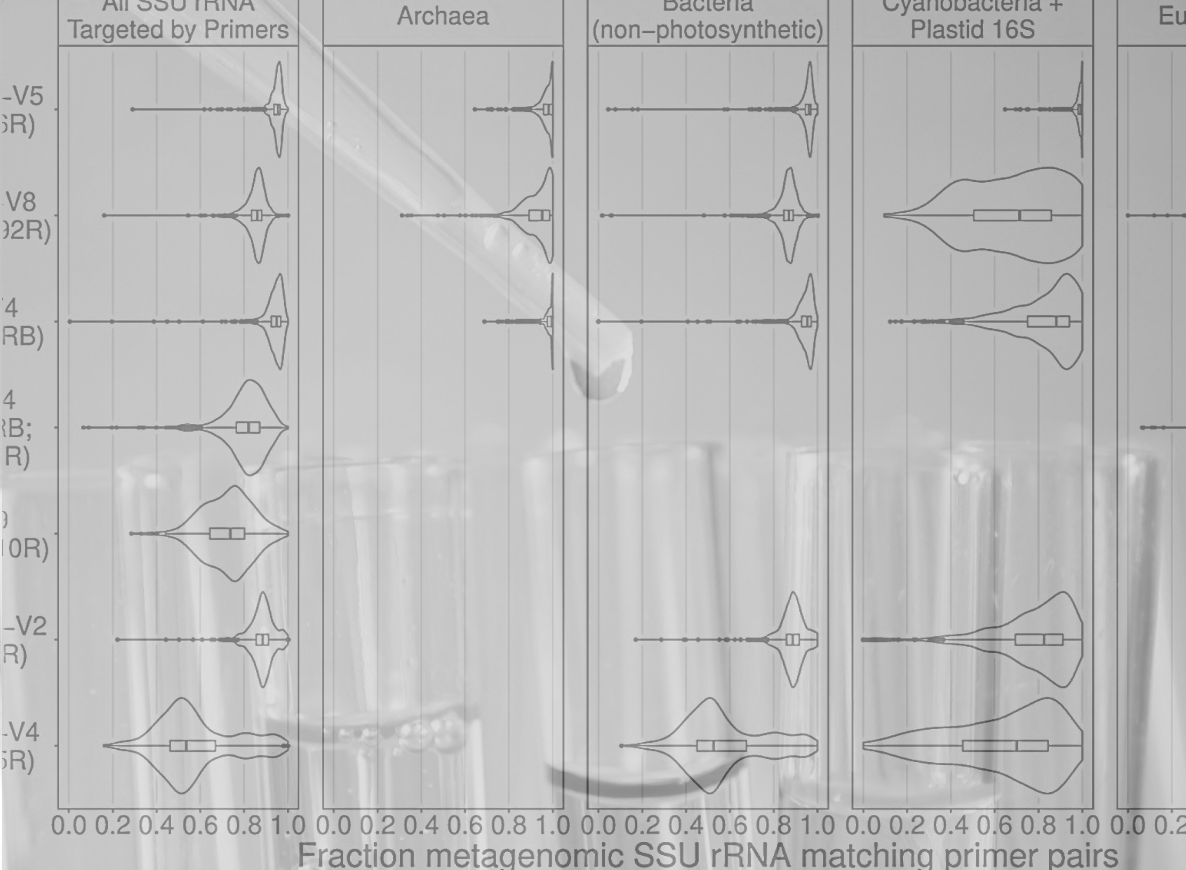 The Fuhrman Group uses ‘omics data to better understand microbial growth, interactions, and biogeographies. Recent research has been focused on evaluating a promising new approach to simultaneously determine the growth rates of many different kinds of microbes from the within-genome distributions of DNA extracted from mixed populations. Fuhrman Lab postdoc Jesse McNichol elaborates on a pair of recent papers reporting their progress.

by Jesse McNichol for CBIOMES News

The goal of our work within CBIOMES is to gain a holistic understanding of life in pelagic marine systems and use these data to improve biogeochemical models. In the Fuhrman Lab we use a technique commonly known as “DNA barcoding” to quantify the abundance and distribution of phytoplankton, their grazers, as well as the bacterial and archaeal consumers that break down organic matter in the oceans. To generate these “barcodes”, we use short fragments of DNA called “primers” to amplify DNA extracted from the environment using a technique called PCR which can be thought of as a bit like “photocopying” DNA. This process is a great way to get a full picture of natural ecosystems but has some technical challenges. The lab has recently published two papers that make advances towards the broader application of these methods for global surveys.

In both of these studies, our goal was to optimize the performance of a specific set of PCR primers that have already been studied extensively in the Fuhrman lab*. The special thing about these primers is they generate barcodes from hugely different organisms in the same assay. For example, they quantify metazoan copepods, eukaryotic algae, and prokaryotic Bacteria, and Archaea all at once, and generate relative abundance data all with the same denominator. This approach contrasts with that of most other scientists who typically use different sets of primers for different types of life. For example, it is common to use a primer set that targets only prokaryotes (i.e. Bacteria and Archaea) or eukaryotes (i.e. diatoms, metazoa, etc.). While such a strategy is advisable in certain circumstances (e.g. with host-associated microbiomes where you want to avoid amplifying host DNA), for pelagic systems that contain a complex mixture of organisms it limits the scope of the resulting data and makes it difficult to reconstruct a holistic picture of the ecosystem.

Although the Fuhrman lab primers do not suffer from this limited scope and thus have the potential to generate “whole community” data, there were two main technical questions we wanted to understand better:

To address the former question, PhD student Yi-Chun Yeh used a combination of mock communities and data from time-series samples taken near Los Angeles to quantify the bias associated with sequencing barcodes from eukaryotes alongside prokaryotes. Most likely because of a significantly longer barcode, eukaryotes were significantly underestimated in the final data. Using a standard mixture containing equal proportions of both (i.e. “mock communities”) and a new bioinformatic pipeline, Yi-Chun was able to determine the extent of this bias and thus reconstruct a holistic picture of the community. She was also able to demonstrate that the results from our universal primers were very similar in terms of diversity metrics compared to a eukaryotic-specific primer set.

I led our effort to answer the latter question and determine how well the primers used in our universal approach matched environmental sequences. If primers match most environmental sequences, then it would mean data from the DNA barcoding approach would most likely be very accurate. In contrast, if there were many differences between a given set of primers and environmental DNA, we could predict that resulting data would be inaccurate.

To make this comparison, I downloaded environmental DNA sequence information from global ocean surveys and compared these data with the Fuhrman lab primers as well as other primers commonly used in oceanographic surveys. Overall, both the Fuhrman lab and the “Earth Microbiome Project” primers matched most environmental DNA sequences perfectly. Of particular importance for the CBIOMES collaboration, Fuhrman lab primers matched nearly 100% of the phototrophic organisms perfectly, suggesting they are the best choice for quantifying primary producers. With collaborators Paul Berube and Steven Biller, we also analyzed a set of data from the GEOTRACES cruises GA03 and GP13 to show that metagenomic data and barcode data were strongly correlated with one another. This was a validation of the predictions made with the environmental data, showing that well-designed primers can accurately recover true abundances of natural organisms.

Together, these studies allow us to more confidently apply universal primers to quantify natural microbial communities and point towards further improvements in the primers that may make them useful even in more unusual environments like oxygen minimum zones, sediments, and hydrothermal vents. In addition, this project has generated new datasets that have allowed us to make our first DARWIN-DNA intercomparisons, something we hope will be just the beginning of new collaborations in the CBIOMES project as we continue to generate new biogeographic datasets with these primers.