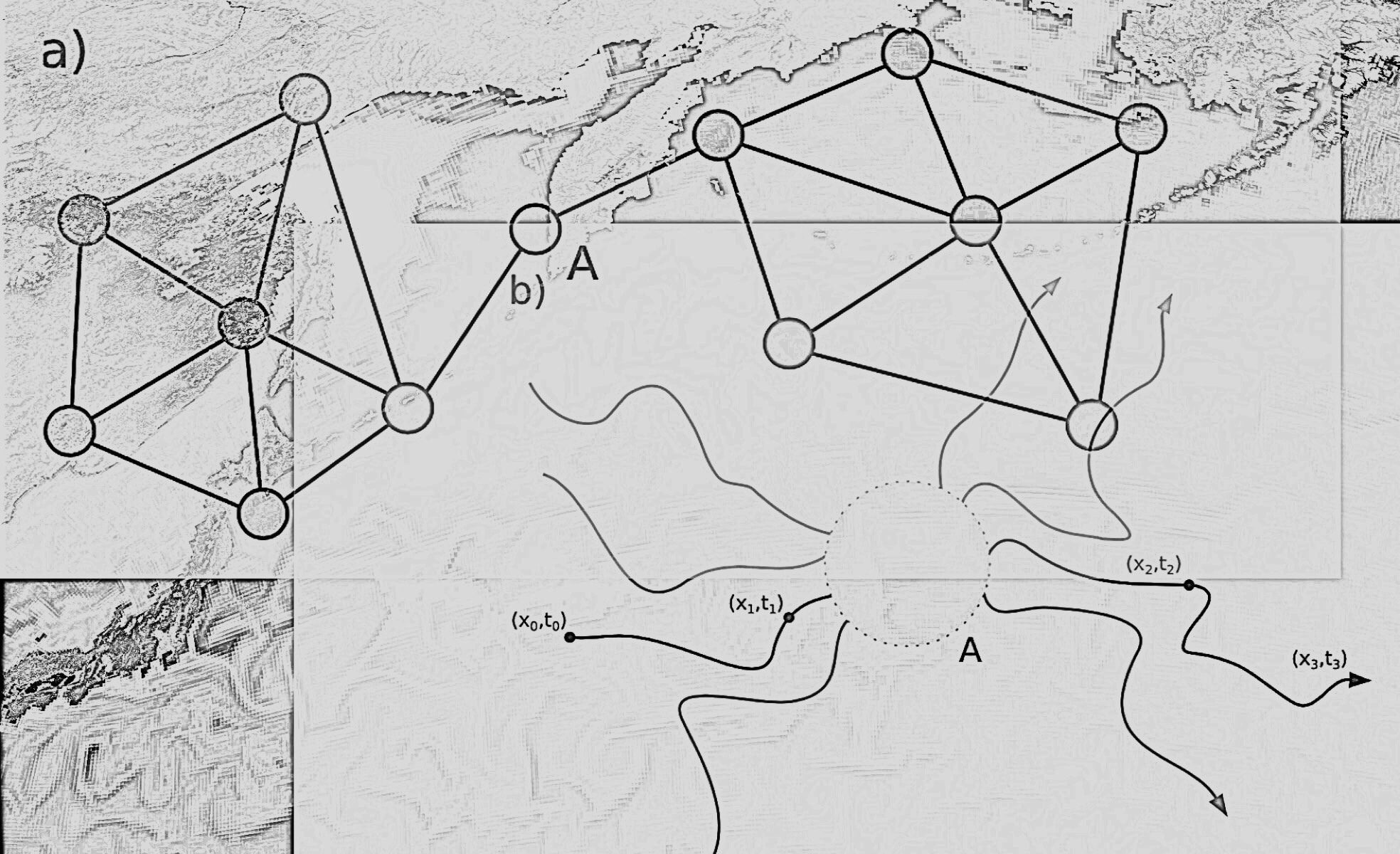 Scientists extend a concept from network theory to develop a new diagnostic for fluid flows useful in understanding the structuring of marine phytoplankton distributions.

The ocean provides a fluid environment with complex patterns of flow and dispersal for the organisms, including phytoplankton, that live within it. How these flows transport organisms is significant for patterns of co-occurrence and biodiversity with potentially important implications for ecosystem health and climate. Now, researchers from the Massachusetts Institute of Technology, USA, and elsewhere report on a new metric they have developed that can be used to characterize the dispersive nature of fluid flows, including ocean circulations, important for these diversity patterns. The paper is published today in Nature Communications.

Enrico Ser-Giacomi a physicist working in the Department of Earth, Atmospheric and Planetary Sciences at MIT and the lead author of the new study says that the concept of betweenness centrality, an idea that emerges from network theory, which has been used to identify and highlight bottlenecks in systems from air-transportation networks to the human brain, has been demonstrated to be a very effective measure with which to identify nodes that act as foci for congestion, or bottlenecks, in the network. However, until now there hasn’t been a way to define betweenness outside the network framework.

In their new study, Ser-Giacomi and his collaborators, including fellow MIT CBIOMES investigator Mick Follows, extend the concept of betweenness centrality applying it to the complex fluid patterns of oceanic circulations. “High betweenness indicates a region where flows converge and diverge again,” explains Ser-Giacomi. “In the ocean, such confluences facilitate heightened mingling and dispersal of marine microbial populations.”

“By analytically linking dynamical systems and network theory, our metric provides a trajectory-based or Lagrangian formulation for betweenness extending the concept beyond the context of network theory relating hyperbolic points and heteroclinic connections in any dynamical system to the structural bottlenecks of the network associated with it,” Ser-Giacomi says.

Analyzing plankton data from the Kuroshio Current, an example of a particularly complex boundary system in the Pacific Ocean, the researchers found significant spatial correlations between measures of diversity and betweenness where a high diversity of phytoplankton correlates with high betweenness, suggesting promise for ecological applications.

The researchers anticipate that this new metric will be a useful tool in mapping and interpreting global-scale patterns of biodiversity in the ocean.

Story image: In the current study, analyzing plankton data from the Kuroshio Current, the researchers found significant spatial correlations between measures of diversity and betweenness where a high diversity of phytoplankton correlates with high betweenness.